How the Election Results Could Affect Hiring 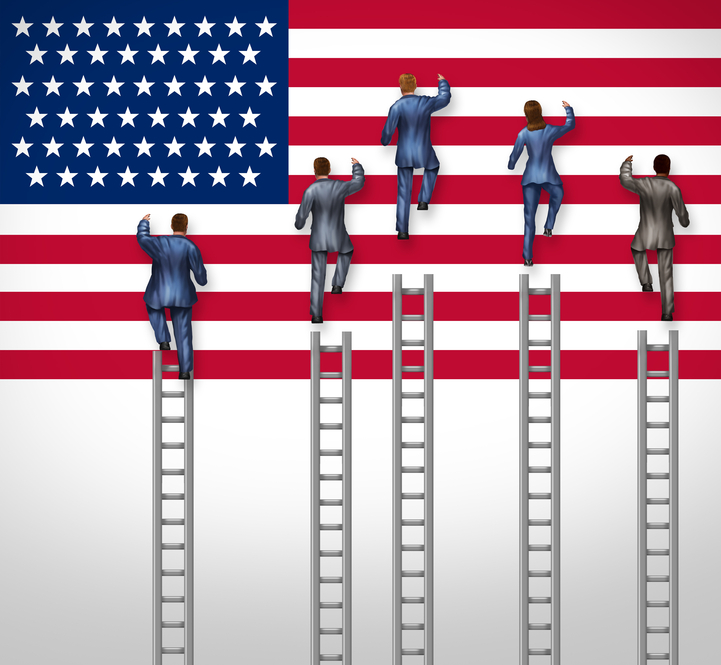 With election day just around the corner, hiring professionals are working hard to predict how the election results will affect the economy and the job market. Pre-election reaction reveals that employers are responding to the uncertainty of the outcome by reduced spending and hiring. A recent study from Duke University revealed that 47% of CFOs cite “political uncertainty” as the reason for a reduction in hiring activity. It isn’t unusual for employers and financial markets to be concerned in election years but it’s worth noting how pessimistic some of the small business leaders have become. Only 29% said they think the national economy will improve over the next 12 months down from the 48% who said the same last year, according to a recent Bank of America study.

So few could argue that is has gotten difficult to navigate the logic of political debates, to say the least. Obama’s presidency brought several major changes that impacted every US employer and job seeker. The next president will build upon his policies or reverse course which leaves employers scrambling and wondering how their businesses will be impacted.

Both Donald Trump and Hillary Clinton have promised to bring back jobs to the United States. Trump’s policies focus on trade, free market, and less regulation while Clinton’s policies will result in government jobs, more regulation, job training, and infrastructure investment in the New Energy sector. The cornerstone of Trump’s “America first economic plan” is to restore manufacturing jobs, which have disappeared by the millions over the last several decades, by renegotiating a number of international trade deals. Hillary Clinton believes those trade changes could incite a trade war. She supports a minimum wage increase, another hot topic, as part of her policy platform to boost the middle class. A poll by Hart Research showed that 75% of the country supports a minimum wage of $12.50 by 2020, including 53% of Republicans. However, an analysis conducted by economists William E. Even of Miami University and David Macpherson from Trinity University shows that those with household incomes between $35,000 and up to $100,000 would bear a large portion (43%) of the job loss from this higher minimum wage. The analysis also showed that 40% of the job losses would come at the expense of those earning less than $35,000 per year. Clinton and her supporters say otherwise stating that there is “no evidence” to prove that raising the minimum wage costs jobs.

Donald Trump and Hillary Clinton have put forth very different tax plans and strategies. Trump proposes generous tax cuts for all individuals and businesses while simultaneously cutting the number of tax brackets from seven to three. Clinton has proposed raising taxes on the very wealthy and on corporations while keeping the taxes of middle-class Americans at the current rate. Trump has also proposed a deduction to cover the average cost of child care and the elimination of the estate tax while Clinton has suggested capping available deductions at 28% and expanding the estate tax by lowering the threshold from $5.45M for an individual’s estate ($10.9M for couples) to $3.5M and $7M, respectively. Both candidates say they will remove loopholes that favor the wealthy.

Lower taxes mean that take-home pay increases, and regardless of which tax bracket they occupy, people with money to spend increase demand for goods and services which will create jobs. A family with extra cash could decide to eat out more often, visit tourist attractions and spend more on entertainment. With more money in the household budget, people of all income levels may decide to invest in stocks, bonds, and mutual funds. They may decide to start a business or remodel their home. All of these consumer decisions create jobs.

Regardless of their organizational structure or size, Trump supporters favor lightening the tax burden on businesses to increase their profit margin and encourage them to expand. Trump’s emphasis on corporate tax reform means corporations would willingly bring back the large cash hordes they have overseas which could translate to more U.S. expansion and more U.S. jobs. Companies in the auto industry like Toyota, Nissan, Honda, VW, BMW, and Mercedes built plants in the U.S. and Canada over the past 20 years to avoid any tariffs or trade quotas and to avoid any future trade restrictions or tariffs. Experts expect this trend to accelerate if Trump wins. The combination of lower personal taxes and lower business taxes should create a positive feedback loop where jobs and wealth are created together.

Donald Trump has promised to repeal Obamacare and replace it with a system that is competitive and works for both employers and employees. Hillary Clinton has proposed keeping it in place with modifications. Also known as Obamacare, the Affordable Care Act places mandates on businesses that employ over 50 full-time employees to provide health insurance and imposes stiff penalties for noncompliance. The effect has been the loss of full-time positions in favor of part-time positions that do not trigger the law’s mandates. Small businesses have been the hardest hit because larger corporations are able to work directly with insurers to get better rates while small businesses buy group coverage from insurance exchanges that are being dropped in double digits by insurance providers. Statistics from the Census Bureau also showed that small businesses accounted for more than 96% of all companies in the U.S. and employed more than 44% of all working Americans in 2013. Given that small businesses drive the U.S. economy, the impact on hiring has been devastating as companies reduce both the numbers of employees, their wages, and their hours in order to stay afloat.

Assuming the next president can successfully work with Congress to implement policy changes for job creation, taxes, and healthcare, the outcomes for Americans who hire or who want to be hired will differ significantly based on who wins the upcoming election. Trump could have difficulty getting his proposals passed, as could Clinton. If the Republicans maintain their dominance then there’s less gridlock for Trump but more for Clinton.

According to the U.S. Bureau of Labor Statistics, the labor force participation rate sits at just over 62%. This means that competition for newly created jobs will be fierce. At the same time, it could be difficult for recruiting companies and corporate hiring professionals to find qualified applicants because of the length of time that many people have been out of the workforce. Highly qualified applicants could become scarce. These qualified candidates will negotiate excellent salaries and benefits packages while those who have fallen behind in their employability will have little or no negotiating power. In the short term, there may be a marked difference in the two groups of people as wage gaps widen in the first stages of jobs expansion in an overly supplied labor market.

Savvy hiring managers and recruiting professionals will anticipate the needs of companies in their region to capitalize on a changing economy to assist in the hiring process. Successful job seekers will keep their skills and their networks current and relevant and will be ready to pivot quickly with the market while being aware of election results.