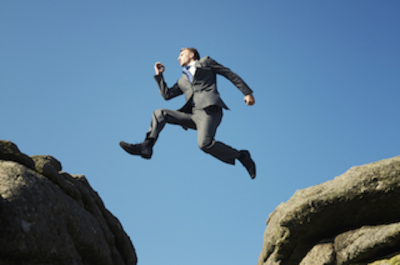 Many hiring managers still say they won’t consider an applicant if the individual has moved around too much during their career. Recruitment firm Robert Half interviewed 200 bosses about whether a large number of job changes would make them suspect a candidate might lack staying power. Thirty-six percent of the executives admitted they were ‘very likely’ to look badly on an applicant they considered a ‘job hopper’ and 53 per cent said they were ‘somewhat likely’ to do the same.

In my profession, this one really frustrates me and continues to present challenges when providing talent to my customers. In a job market still struggling to recover from economic ups and downs, applicants often outnumber openings, so it’s easy to thin the field by eliminating anyone whose resume lists, say, five job changes in a decade. This is a huge mistake and companies are missing out on some great potential employees.

I don’t teach my recruiters to avoid these applicants but rather to probe and understand the reasons for job transitions. There is no optimal time to stay in a job, the secret is to show progression. Some people go from one job to another in quick succession because they want to escape while others are looking for growth. Others don’t transition by their own choice but are victims of downsizing, restructuring, or labeled redundant as a result of acquisitions and mergers.

Our parents took a job right out of high school or college and had a lifelong relationship with that company. Some of us were raised to believe companies would always be there for us as long as we were loyal and did good work. But times have changed and companies restructure and routinely downsize, leaving many “loyal” employees on the unemployment line. Many of these were skilled and knowledgeable workers, who were very good at their jobs, but through no fault of their own, suddenly found themselves unemployed.

Sadly Corporate America doesn’t think twice about the individual employee when executing these reductions. Yet they can certainly be quick to judge and refuse applicant reviews for those with multiple job changes making “loyalty” a very one-sided component. It just doesn’t make sense. These workers branded job hoppers aren’t undependable, disloyal or poor performers. They are victims and sacrificial cows of today’s Corporate America.

Cisco has restructured how many times now? IBM layoffs are so frequent it isn’t even newsworthy anymore. They recently announced 10,000 jobs will be cut but pointed out that they will add 15,000 people with new skills as it shifts its focus away from old-school enterprise tech towards the hot up-and-coming areas like cloud computing, big data and security. I get that corporations need to change and evolve to the ever-changing marketplace but too often they are quick to replace the workers instead of investing in them and their employee development to grow with the company.  Loyalty is dead and it isn’t because of employees.

Other factors that affect career transitions are benefit changes. Employees signed up with companies based on the full package now being chipped away benefit by benefit. Healthcare costs are rising, 401k matches are being reduced, job training and career development programs are eroding and more positions are going contract. All these changes put more the burden on the worker to provide health care, bridge gaps in income, manage retirement planning, and invest in education to keep skills marketable and up to date.

Today there is no job security. Period. Workers are recognizing that loyalty is gone and self-preservation is the only form of security in today’s workplace. Downsizing, rightsizing and offshoring saw to that. Today workers must become the proactive master of their career so they don’t end up its passive victim. They aren’t job hoppers they are survivors.