Getting Down and Digital at the Internet Summit 2017 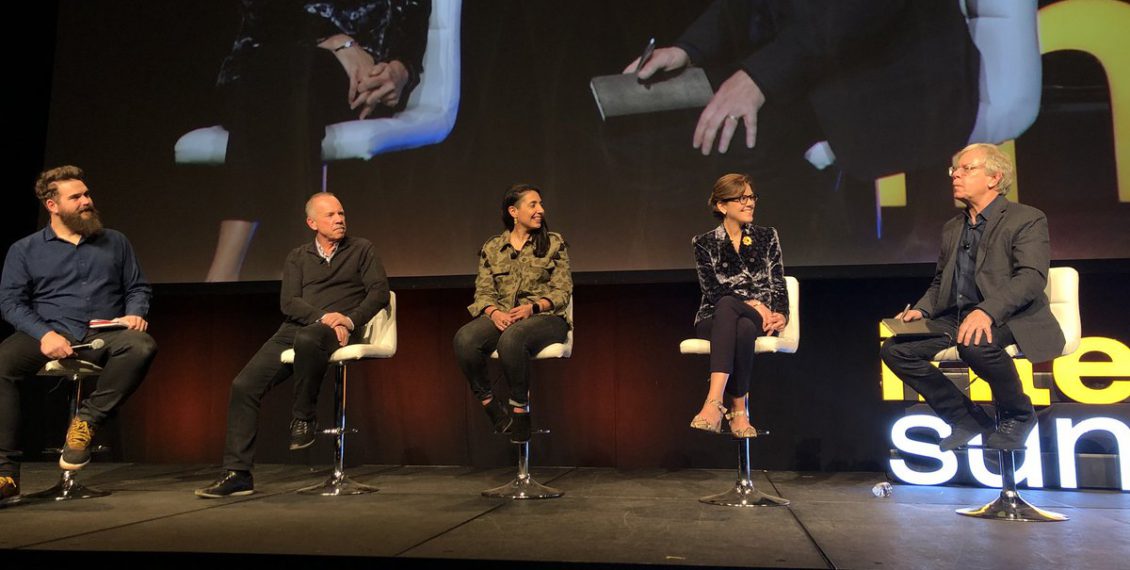 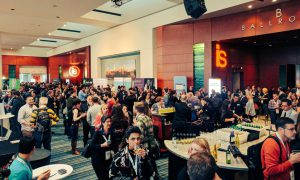 A crowd of attendees at Internet Summit 2017 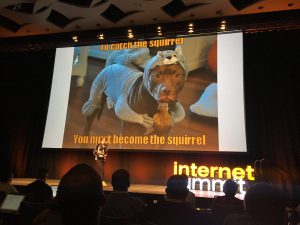 Internet Summit slide with a dog dressed as a squirrel 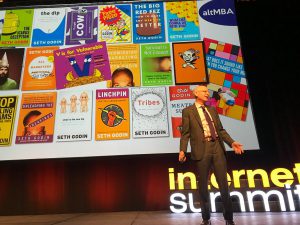 Missing this year included the Startup community track (my favorite), the Internet Summit 2017 App, The Psychedelic Party bus from 2015, and an ISUM Swag bag to carry goodies like the 10th Anniversary beer glass which oddly was the only shout out to this milestone. 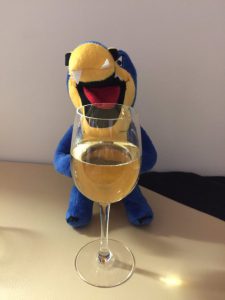 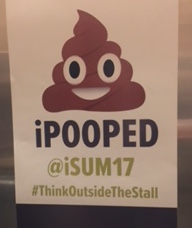 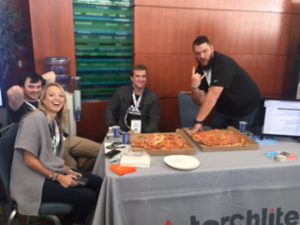 Networking was at an all-time high thanks to cocktail hours and the after party at Issac Hunter’s Tavern. It’s unanimous. The Bathroom Humor Award goes to Chartreuse Moose and The Best Booth Bait goes to Torchlite, a pizza-loving marketing services platform provider.

That’s a wrap for the Internet Summit 2017 until next year folks. Have a wonderful Thanksgiving!