Marketers and Creatives at the High 5 Conference 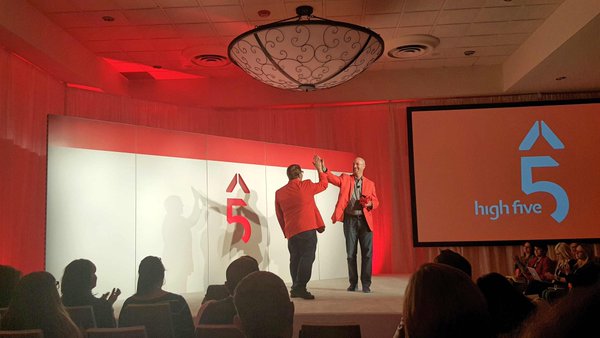 The High 5 Conference, hosted by the Triangle AMA, was a complete sell-out this past week in downtown Raleigh, NC. The conference was conceived in 2013 to bring local marketers and creatives together to share inspiration, to collaborate, and to celebrate the talent that is right here in the Triangle. While the local community support was strong, The High Five Conference is gaining national attention. Conference attendees came from 20 different states, up from 14 at last year’s conference. In January, The High 5 Conference was included in Forbes Magazine called High Five “One of the Top Marketing Conferences to Check Out.” 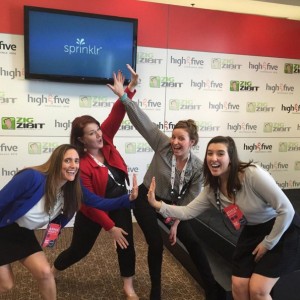 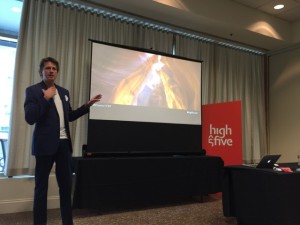 Ann Handley, cited in Forbes as the most influential woman in Social Media and author of Everybody Writes: Your Go-to Guide to Creating Ridiculously Good Content, got things started by delivering an energizing keynote on…yep… you guessed it… creating ridiculously good content.

Inspiration was everywhere. Orange jackets, graphic recordings by Drawing Insight, The AMA inspirational wall, and the world’s only SWAG Lottery Machine by BrandFuel were just a few of the creative props spotted at the The High 5 Conference. 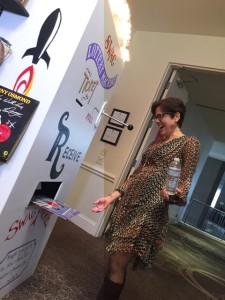 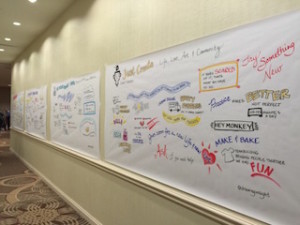 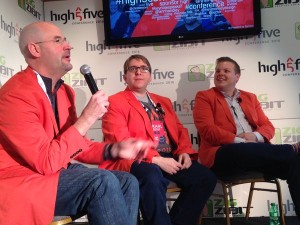 Hug your Haters, the book title of keynote speaker, Jay Baer, provided the perfect entertaining and informative closing event of the conference. The best-selling author shared hilarious examples of haters gone wild and why it is important to embrace your customer complaints. 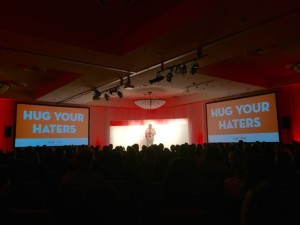 My favorite Baer demonstration of customer service was the PR stunt, developed by KLM’s ad agency, DDB & Tribal Worldwide Amsterdam. The point of the video, starring adorable beagle named Sherlock was to highlight the fact that KLM’s Lost & Found team sometimes returns lost items to travelers before they even know they’ve lost them. It was a charming way to “illustrate that KLM goes above and beyond for their passengers.” The must-see video can be found here. 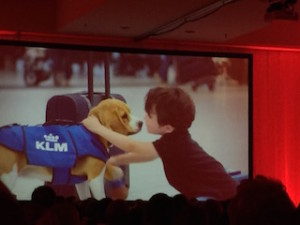 Baer’s message was on track with the overall conference messaging – delivering superior customer service through marketing and creative collaboration, innovation, and inspiration. Clearly, the customer was and will be the biggest benefactor of the conference. 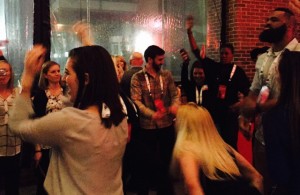 The afterparty at Jimmy V’s

Five Favorites: My five favorites about this years High Five include the vegan lunch, Ann Handley’s dress, Sherlock, Jimmy V’s after-party, and the weather. Many may remember that last year’s conference fell in the middle of “Snowmageddon” so this year’s milder weather didn’t go unnoticed nor unappreciated.