Changing Company Culture – How I Learned the Hard Way 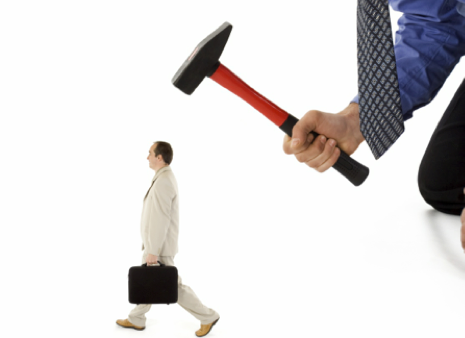 There are many factors that influence the culture of an organization: size and stage of the business, organizational structure, industry in which it operates, physical working environment, external environment factors (economic, social), and most importantly the leadership. Have you ever wondered how to change a toxic work environment. Any efforts to create or change a culture is challenging and takes time and in my opinion can’t take place without a change in leadership. I learned that the hard way at one of my previous employers that I will refer to as Company X throughout the remainder of this article.

For an existing organization to change their culture it has to unlearn something before it can learn something new. The “unlearning” is painful and is challenged by a natural resistance to change which is why it is so important to have the right leader and usually requires a change in leaders. You simply can’t produce a better culture and working environment without making some significant changes.

My experience at Employer X was miserable but enlightening. Looking back I recognize I was naïve too say the least but I believed my passion and prevailing optimism could make a positive and long lasting impact at Employer X.  I couldn’t have been more wrong. My creed was to “Lead by Example” and it will infectiously catch on. I encouraged, empowered, rewarded, praised, coached, developed, and trusted. For every step forward I encountered constant setbacks. The negative culture continued to undermine my positive leadership efforts by individuals who had a stake in the old culture. Employees had been taught to work against coworkers to get ahead or protect their domain. They were rewarded by leadership leading to the Lobster Syndrome of tearing one another down throughout the organization. It became increasingly clear why we had such low morale, high turnover, and declining revenue achievements.

Whether it is through manipulation or complacency, negative cultures can create significant challenges for change. When change is introduced there is resistance, even when the change is positive. People learn different coping mechanisms to avoid the change such as hiding behind procedures, office cooler talk or gossip and complaining, or actively undermining the initiative. The question then becomes how can leadership have a positive impact on the culture of an organization.

There were a number of truly toxic employees that had been with Company X for some time and had been allowed to exist and bully repeatedly with no consequences. Over time I came to realize that our leader not only did nothing to stop this behavior but actually encouraged it. I learned an employee was assigned to walk up and down the company cubicles and take names of who was where at 8 am, lunchtime, etc. This same employee actually monitored the water usage from one of the bathrooms questioning accusatorily why it was higher than the others. Another employee counted individual printer usage and locked up the coffee. One of the popular flavors was heavily consumed and she was positive it was employee theft. This behavior is wrong and poisonous on so many levels. A successful company leader should be focusing on an individual’s productivity and performance and less on micromanaging punctuality, bathroom usage, and coffee consumption. A great leader will recognize that these types of petty actions only set the stage for distrust.

Toxicity is defined as the degree to which a substance can damage an organism. In business terms that translates to the degree to which poor leadership can destroy an organization. A toxic work environment feeds off of everything that a great leader opposes. The fuel for toxicity is conflict not resolution, ego not humility, self-interest not service, self, gossip, criticism, and innuendos not truth, and individual agendas not team-building. A toxic culture cannot exist if toxic people are not allowed to exist.

Leaders who allow toxic personalities to invade their culture put the health of their entire organization at risk and cost companies money. Good leaders can double profits while poor leadership can cost your organization $1 million a year in untapped potential. How Much Does Poor Leadership Cost an Organization? Toxic personalities will kill morale, intimidate and manipulate co-workers, and chase away a your best talent. I saw how toxic employees killed the morale and sent great talent running at Company X. After I left an employee confided she had to be hospitalized because she was so stressed and bullied by her co-workers. Sadly, Author Harvey Hornstein, Ph.D., estimates that 90 percent of the U.S. work force has been subjected to abusive behavior at some time.

Bottom line – toxic individuals kill your productivity, and if allowed to run unchecked can have a much broader and deeper impact on your organization. DDI, a leading researcher in the corporate world, has created a Cost of Poor Leadership Calculator. According to their calculations, one poor leader costs a company more than $126,000.00 over the course of a year due to low productivity, turnover, and dissension. Ouch!

Great leaders simply won’t tolerate a toxic team member – the risks are too great. Real leaders will quickly coach toxic team members to a healthy place, or show them the door – there is no third option. The result of good leadership is high morale, good employee retention, and sustainable long-term success.  Who doesn’t want that?

Lucas Select Blog: What is Your Office Bully Costing You?