What is Your Office Bully Costing You? 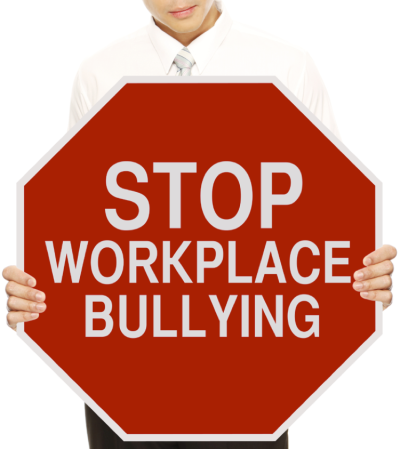 Over a 40-hour work week, working with a office bully can take a serious toll on your physical and emotional well-being. Unfortunately, workplace bullying has existed since the dawn of employment, according to most psychologists and human resource experts. But tolerance for its various forms is declining swiftly as academicians release new statistics detailing its human and bottom-line dollar costs.

Bullying, as defined by The Workplace Bullying Institute, is a systematic campaign of interpersonal destruction that jeopardizes your health, your career, and the job you once loved. Bullying is a non-physical, non-homicidal form of violence and because it is violent and abusive, emotional harm frequently results.

The 2014 WBI U.S. Workplace Bullying Survey reports that 27% of Americans have suffered abusive conduct at work and another 21% have witnessed it while 72% are aware that workplace bullying happens. Gary Namie, a social psychologist who founded the Workplace Bulling Institute with his wife, Ruth, says that 65 million workers are affected by bullying, either as targets or witnesses.

While bullying is a form of aggression, the actions can be both obvious and subtle. Bullying is usually considered to be a pattern of behavior where one or more incidents will help show that bullying is taking place.

Examples include:
• Spreading malicious rumors, gossip, or untrue innuendos.
• Excluding or isolating someone socially.
• Intimidating a person.
• Undermining or deliberately impeding a person’s work.
• Physically abusing or threatening abuse.
• Blaming without factual justification.
• Removing areas of responsibilities without cause.
• Constantly changing work guidelines.
• Establishing impossible deadlines that will set up the individual to fail.
• Withholding necessary information or purposefully giving the wrong information.
• Making jokes or comments that are obviously offensive.
• Intruding on a person’s privacy by pestering, spying or stalking.
• Assigning unreasonable duties or workload.
• Underworking – creating a feeling of uselessness.
• Yelling or using profanity.
• Criticizing a person persistently or constantly.
• Belittling a person’s opinions.
• Unwarranted (or undeserved) punishment.
• Surprise meetings are called by your boss.
• Others at work have been told to stop working, talking, or socializing with you.
• You are accused of incompetence despite a successful track record.
• Your review is delayed while others employees are on time.
• HR tells you that your harassment isn’t a legal issue and to work it out yourself.
• You are asked to complete an impossible task without training.
• You are blocked from moving to an open position or a promotion.
• You are blocked from training and skills development opportunities.
• You confront your attacker and are accused of harassment.

As reported in The Boston Globe, Carol Anne Geary is a veteran librarian who loved her profession but says other staffers verbally abused and excluded her, spoke to library patrons about her in derogatory terms, and made disparaging remarks about gay issues, knowing that she has a gay son. She was bullied to such an extent that she was hospitalized with high blood pressure and other health issues.  More and more of these stories are coming to light.

Previously I observed bullying employees that had been with the company for some time and had been allowed to exist and bully repeatedly with no consequences.  Over time I sadly came to realize that our leader also a office bully not only did nothing to stop this behavior but actually encouraged it. Targets of office bullying can experience physical and mental health issues. Sleep disturbances, headaches, loss of appetite, gastrointestinal issues, musculoskeletal problems, panic attacks, anxiety, inability to concentrate, reduced self-esteem, anger, shock, an increased sense of vulnerability, loss of confidence, withdrawal, low morale, depression, stress, and post-traumatic stress disorder can all result due to bullying. As I mentioned in Changing Company Culture – How I learned the Hard Way, a former employee confided she had to be hospitalized because she was so stressed and bullied by her co-workers. Two other employees also attributed their ER visits to their hostile work environments which I now believe were related to office bullying.

Leaders who allow bullies to invade their culture put the health of their entire organization at risk. Bullies will kill morale, chase away your best talent, and ultimately cost a company a small fortune. Companies suffer financially due to the replacement cost of employees that leave due to bullying, increased costs for employee assistance programs (EAPs), and costs associated with increased risk for accidents/incidents. Higher training costs can hit hard not to mention the hit in productivity costs from a lost worker and displaced responsibilities on the remaining staff.

Don’t forget the costs associated with potential legal actions and investigations and the long-term costs associated with the company’s reputation and employer brand. In today’s social media-driven world, it’s hard to keep a bad reputation at bay. Even if they’re not talking to HR, chances are the bullying victims are telling friends and family about their terrible experiences at your company and, in the process, turning off potential employees, partners, and customers.

Customer service will also suffer, as harassed employees lose their feeling of loyalty to a company that is not protecting them from the bully. Both targets and co-workers may take out their frustrations on clients.  Depressed or detached employees just aren’t going to go the extra mile to provide that friendly service that a successful business needs.

A leader, who is an office bully, run poor organizations accompanied by high staff turnover and high sick leave caused by stress, depression, and other physical health problems. This time away from work adds up in workers’ compensation and lost productivity costs. At a previous employer, we saw an astounding 20 out of 32 of our corporate office employees turnover in 2 years. It shouldn’t take a scientist to figure out that something is definitely rotten in Bedrock. Poor self-esteem, depression, and fear create a negative work environment and suppress creativity and innovative approaches to problem-solving and goal achievement. This is just a formula for disaster.

I am going to borrow a formula from Sophie Henshaw’s Why a Workplace Bully is Too Expensive to Keep. She writes about a powerful financial argument that can be found in Bob Sutton’s 2007 book, The No A**shole Rule. The book discusses a Silicon Valley Office Bully called Ethan, who regularly insulted and belittled coworkers, many of whom refused to work with the office bully. Within the span of five years, several co-workers had filed “hostile workplace” complaints about him. The company took action. They quantified the costs of his bad behavior over a year and deducted it from his bonus. It amounted to a total of $160,000. “Total Cost of A**holes” (TCA) was calculated as follows:

The costs, however, didn’t include all the fallout from his behavior such as the physical and mental health effects on victims, time lost, impact on witnesses, negative effects of fear and the dysfunctional competition he provoked. Psychologist Michael H. Harrison, Ph.D., of Harrison Psychological Associates, quotes a recent survey of 9,000 federal employees indicating that 42 percent of female and 15 percent of male employees reported being harassed within a two-year period, resulting in a cost of more than $180 million in lost time and productivity.

With these kinds of numbers hitting the bottom line it is hard to imagine that organizations wouldn’t take notice. Bottom line-Bullies are expensive!
What do you think your office bully is costing you?  I would love to hear your comments.